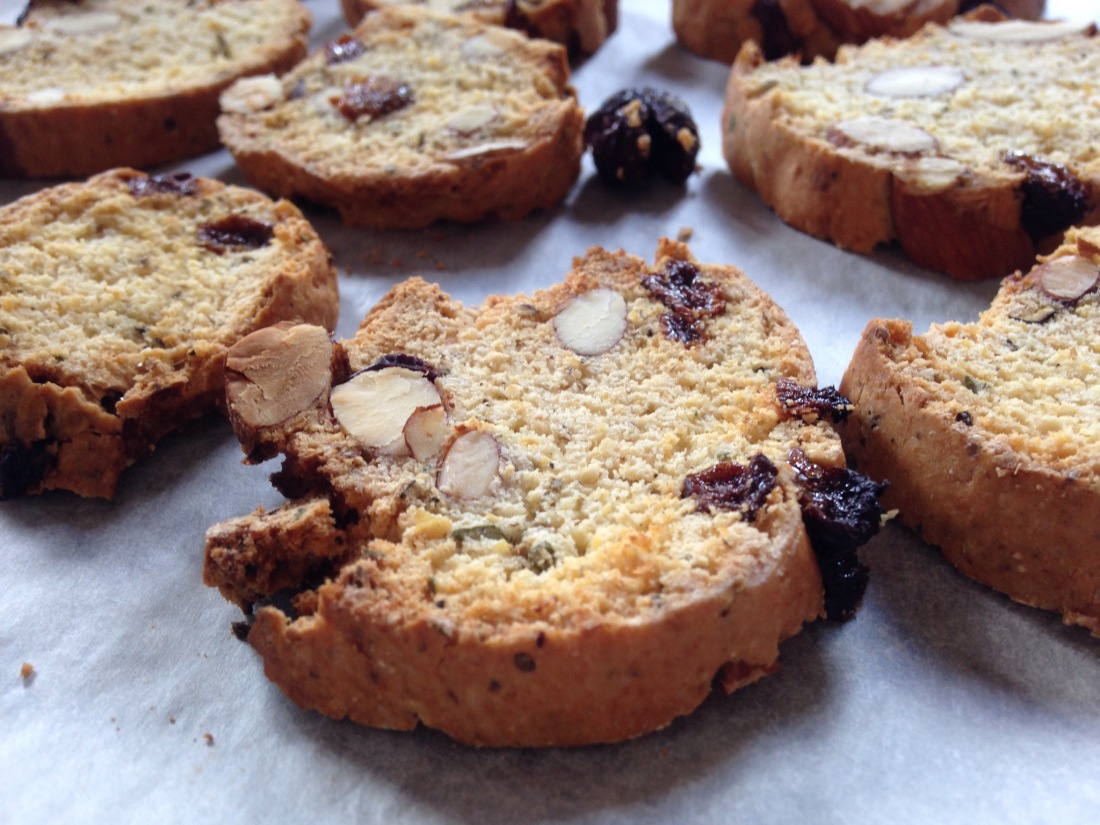 So I made these two days ago for the first time and they are AMAZING!  The savoury black pepper and rosemary go so so well with the sweet raisins (I used sultanas) and the almonds.  The fennel isn’t for everyone, I know, but you could easily leave it out or reduce the amount to half or a quarter.  Served with a strong gooey cheese (D’Affinois) and some fresh apricot it was O.M.G. Yum – a great little dessert, giving the sweets a break for one night at least!  Well worth the effort, and even then, there’s not much to them really.  I’ve never made biscotti before but I will definitely try some variations now.  This recipe was on The Guardian 10 Best Rosemary recipes, and there were some crackers – I’ll be making chocolate & rosemary brownies when I find the time post the Christmas baking frenzy, so watch this space.  My poor kids are probably a bit neglected right now with all the baking going on, but Pete and the boy get to sample the rewards of course, so I’m not hearing much complaining. 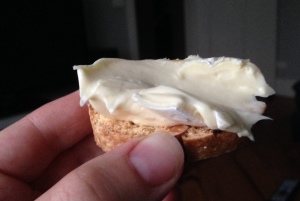 Method
Preheat the oven to 180C/350F/gas mark 4. Line a baking sheet with baking paper. Roughly crush the peppercorns and fennel using a pestle and mortar.
In a medium bowl, whisk together the flour, polenta, baking powder, salt, rosemary, crushed peppercorns and fennel.
Beat the eggs with the sugar until well combined, then add the dry ingredients. Mix until just combined. Stir in the almonds and raisins.
Divide the dough in half. Form each piece into a 20cm log and put on the prepared baking sheet, then bake until the logs are light golden – about 30 minutes. Leave the oven on, then allow the log to cool on a wire rack.
Cut the logs into 1cm slices. Put the biscotti back on the lined baking sheet and return to the oven for 18-20 minutes, until crisp and golden. Cool and serve with cheese, or snack on them as they are. 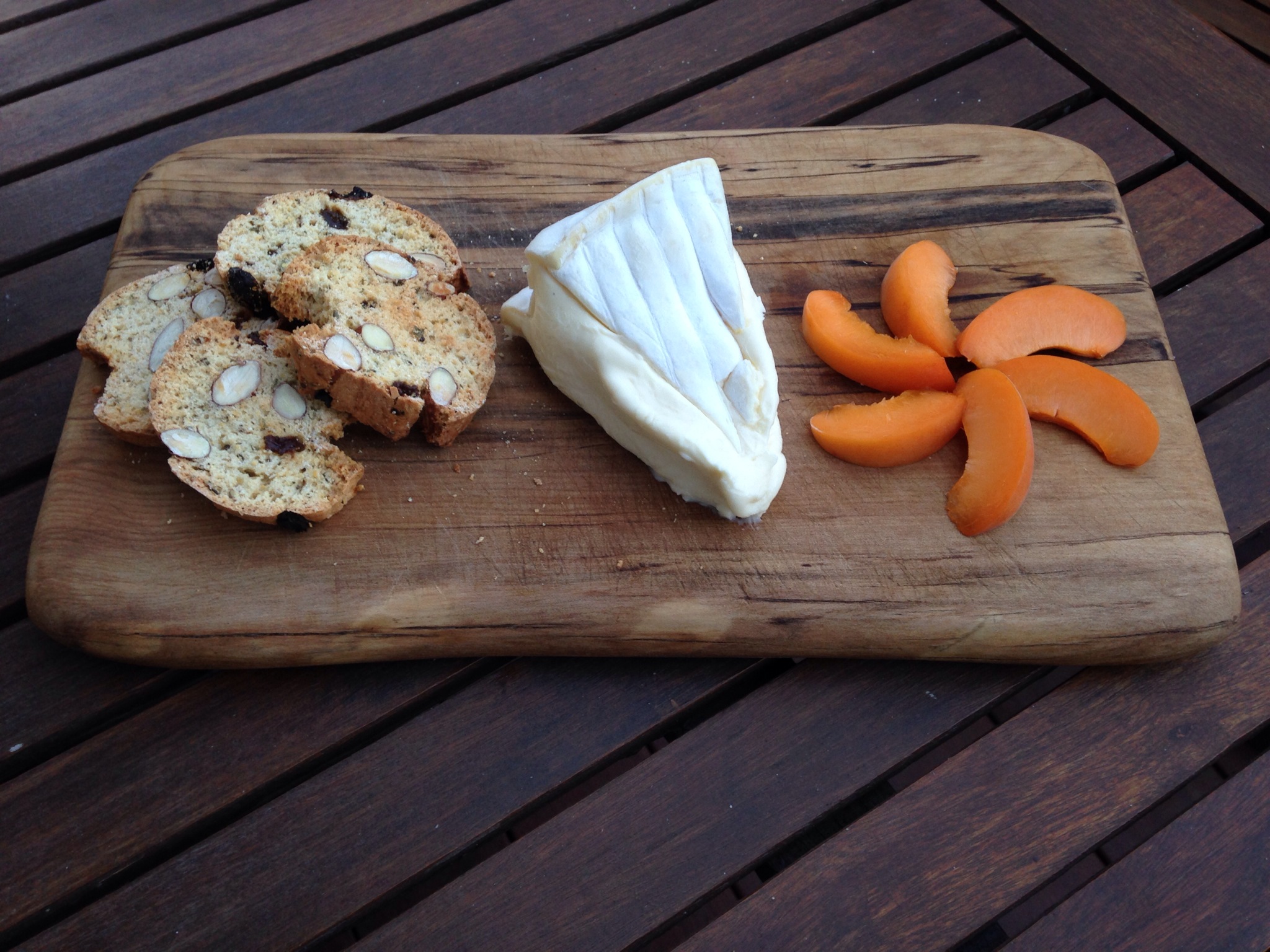