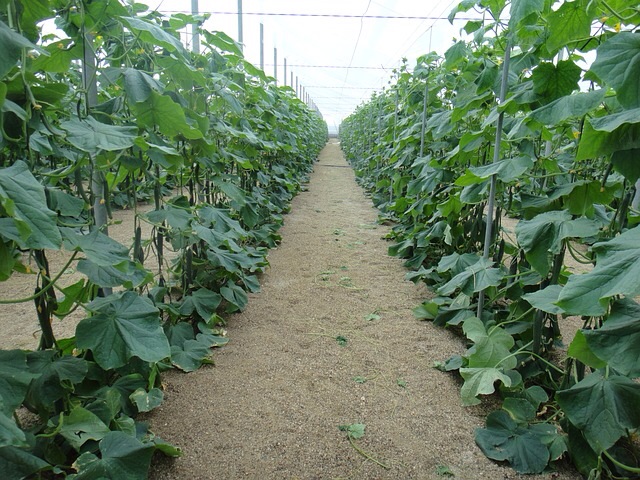 December 16, 2014 In Accompaniment, Nibbles By Emma

I love pickles and nothing is better than homemade.  I usually do pickled mushrooms this time of year but decided to try Baby Mac’s pickled cucumbers instead.  They are very Maccas-esque but way more delish!  We will be having cheeseburgers Saturday night for sure, and I’m looking forward to a Friday night nibbles of cheese, crackers and pickles. To keep the Maccas theme going, I reckon they would be bloody good with the Big Mac Potato Salad in place of the usual store bought gherkins.  What a great gift for Xmas too (if you want to give them away that is) and they were easy peasy Japanesey, as the boy says.  I made half the recipe and got one big jars worth.

Method
Thinly slice the cucumbers and onion using a mandolin and layer them in a large bowl.  Dissolve the salt in the water and pour over the cucumber and onion and stand for 3 hours, occasionally giving them a stir to let the salt water cover the lot.
After 3 hours, place all the remaining ingredients into a large saucepan and bring to a simmer.
The cucumbers will be very wet now, so drain them off getting rid of the salt water mixture and then add them into the saucepan of simmering mixture and stir for 2-3 minutes over high heat then turn off the heat and set aside.
Cool the mixture in the saucepan and then bottle and seal in jars.
Makes 2 large jars 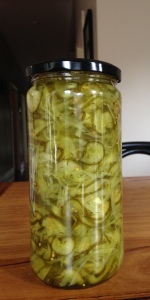