I call this ‘my’ moussaka only because it won’t ever compare to Giagia’s Moussaka.  Mine is a shortcut on a classic, leaving out the potato and using lamb mince.  I’m told everyone does this dish a little differently, so hopefully it will hold up against the classics.  Frying the eggplant is a bit time consuming, try doing it the day before to cut down on time but do make sure the eggplant is cooked through or it won’t be lovely and silky in the finished dish.  If you have zucchini on hand, it is great combined with the eggplant.  This one’s probably best saved for weekends and perfect for the cooling weather.

For the bechamel sauce: 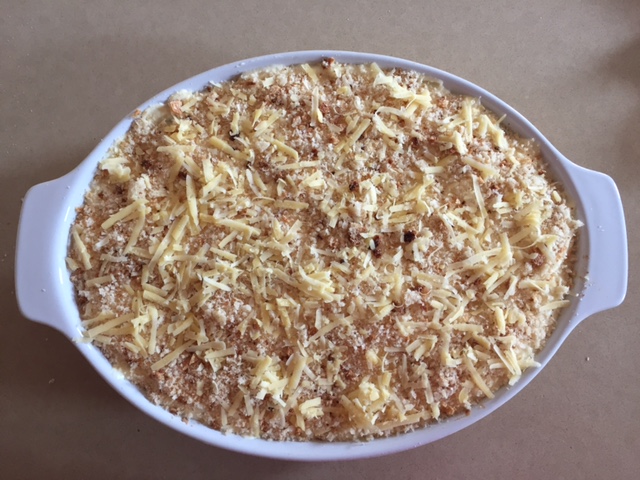 Cut the eggplant into ¼ inch slices.  Layer the slices in a colander, sprinkling each layer with plenty of salt.  Let stand for 30 minutes to draw out the moisture.

Rinse the eggplant in cold water and squeeze gently with your fingers to remove the excess water, then pat dry on paper towels or a tea towel.

Heat some of the oil in a large frying pan.  Fry the eggplant slices in batches until golden on both sides, adding more oil when necessary.  Let the eggplant drain on paper towel.

Score a cross in the bottom of the tomatoes with a sharp knife and plunge them into boiling water for a minutes or so then refresh in cold water.  Peel away the skins and chop the flesh.

Preheat the oven to 175C.  Heat 2 tbsp oil in a saucepan and add the onions and lamb and fry gently for 5 minutes, stirring and breaking up the lamb with a wooden spoon.

Add the tomatoes, cinnamon, allspice, tomato paste, parsley, wine and pepper and bring to a boil.  Reduce the heat, cover with a lid and simmer gently for 15 minutes.

Spoon alternate layers of the eggplant and meat mixture into a shallow ovenproof dish, finishing with a layer of eggplant.

To  make the sauce, melt the butter in a small pan and stir in the flour.  Cook, stirring for 1 minute.  Remove from the heat and gradually blend in the milk using a whisk.  Return to the heat and cook over medium-high, stirring, for 2 minutes, until thickened.  Add the nutmeg, most of the cheese and salt and pepper.  Pour the sauce on the eggplant and sprinkle with breadcrumbs.

Bake for 45 mins, until golden and bubbling.  Serve hot, with extra black pepper. 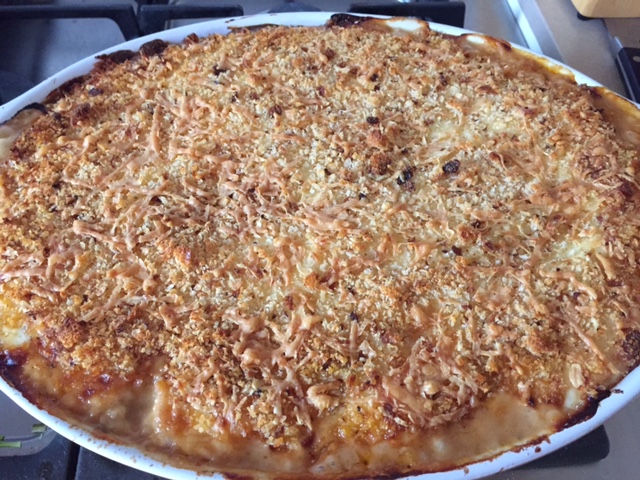